Iran’s permanent ambassador to the UN office in Geneva has raised the alarm at the Israeli regime’s quiet expansion of its highly-secretive Dimona nuclear facility in the Negev Desert, renewing the call for the “irreversible destruction” nuclear weapons by the possessors of such internationally-banned arms.

Addressing the UN-sponsored Conference on Disarmament in Geneva on Wednesday Esmaeil Baghaei Hamaneh said that Israel’s reported attempts to expand facilities that the regime uses to build nuclear bombs are a big threat to regional and international peace and security.

He was reacting to newly-released satellite images, which have revealed that the Israeli regime — the sole possessor of nuclear arms in the Middle East — is conducting “significant” constructive activities at the Dimona nuclear facility.

Citing commercial satellite imagery of the facility, the International Panel on Fissile Material (IPFM), a group of independent nuclear experts from 17 countries, reported last week that “significant new construction” had been underway at the Dimona complex.

Dimona, which is widely believed to be key to Israel’s nuclear arms manufacturing program, was built with covert assistance from the French government and activated sometime between 1962–1964, according to reports.

Baghaei Hamaneh further said a victim of weapons of mass destruction, which is still suffering from the pains caused by chemical weapons used by the regime of former Iraqi dictator Saddam Hussein against the country, Iran believes that the “complete and irreversible destruction” of such weapons by the countries possessing them would be the only way to guarantee that they will not be employed or used to threaten others.

He added that the United States and its Western allies should be held responsible for failure of the efforts to establish a Middle East free of weapons of mass destruction given their support for the Tel Aviv regime and equipping it with nuclear arms.

Turning a deaf ear to international calls for nuclear transparency, the regime has so far refused, with the US’s invariable support, to join the Non-Proliferation Treaty (NPT) that is aimed at preventing the spread of nuclear weapons.

Elsewhere in his address, Baghaei Hamaneh said Iran will return to its compliance with the nuclear deal, officially known as the Joint Comprehensive Plan of Action (JCPOA), only if the United States, which has violated the agreement, takes practical steps to correct previous wrongdoings.

Asking Iran to remain fully committed to the JCPOA, while Tehran’s retaliatory measures has been taken within the framework of the same deal, is not only unfair and irresponsible but indicates an arrogant and coercive approach, he added.

The senior Iranian diplomat said it is ridiculous that US officials are asking Iran to return to full compliance with the JCPOA while they are not even a party to the deal and have blatantly violated it, and while the European sides have likewise failed to fulfill their own obligations.

The onus is on the offending party to return, restart and compensate for the damages as well as to reassure that they would not renege on their pledges again, he pointed out.

The future of the JCPOA has been in doubt since May 2018, when the US under ex-president Donald Trump pulled out of the agreement and imposed the “toughest ever” sanctions on Iran as part of his so-called “maximum pressure,” which tried in vain to force Iran back to the negotiating table for talks on a “better deal.”

Despite throwing verbal support behind the JCPOA, the European parties to the deal — France, Britain and Germany — ultimately succumbed to Washington’s pressure and failed to fulfill their contractual commitments to Tehran, mainly by confronting the American sanctions.

That promoted Tehran to begin a set of retaliatory measures in several stages as part of its legal rights stipulated in Articles 26 and 36 of the JCPOA. The latest such measure was the halt in the implementation of the Additional Protocol, which was required by the parliament-adopted law.

The new US administration has repeatedly spoken of a willingness to rejoin the Iran deal, but, in practice, it has so far been sticking with Trump’s futile pressure campaign. It says Tehran should return to full compliance with the deal before the US comes back. 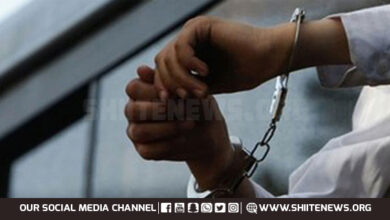 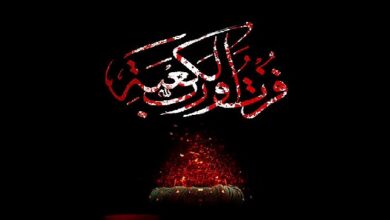 Why Allama Arif Hussaini was assassinated?