“This incident has not had any effect on the process of uranium enrichment and Natanz facilities are active as before; Iran’s nuclear activities are peaceful and despite hostilities of enemies, it cannot be stopped,” Rabiei said on Tuesday in his weekly presser.

On Thursday, Iran said an incident affected a shed under construction at the Natanz complex, but it caused no casualties and failed to stop enrichment work at the facility. The Supreme National Security Council (SNSC) said the main cause has been determined and will be announced at an appropriate time.

“Early after the incident, some media tried to create a powerful image for the Israeli regime and attributed the incident to it while officials of the usurping regime have refused to accept responsibility,” the government spokesman added. He went on to describe such propaganda as ‘psychological war’.

“The Israeli regime should be aware that creating of norm-breaking narrative on any attack against our nuclear facilities, even if it only propaganda, is considered as stepping in the path of violating redlines of global peace and security,” he added, calling on the international community to stand against the regime in Tel Aviv.

The spokesman also said that the cause of the incident will be announced by the Supreme National Security Council after the final conclusion is made.

The Atomic Energy Organization of Iran has announced that a new and more advanced shed would be built at Natanz nuclear facility to replace the one damaged in the incident. 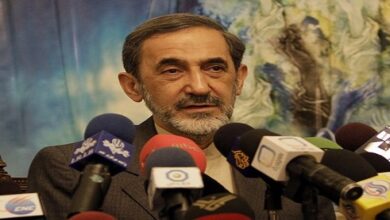