While London is obsessed with a heated debate about the way to exit the European Union and no settlement is reached yet, all of a sudden banning a foreign political movement thousands of kilometers away from the country has become news hit in Britain.

On Sunday and Monday while the government of Prime Minister Theresa May on the sidelines of the EU-Arab League summit in the Egyptian resort city of Sharm El Sheikh was trying to work out an end to the Brexit uncertainty through talks with the European leaders participating at the meeting, the British Home Secretary Sajid Javid back at home announced that London decided to outlaw the political wing of Lebanese Hezbollah.

Immediately after the announcement, Foreign Secretary Jeremy Hunt said that he pressed for blacklisting Hezbollah’s political wing as a terrorist organization, adding that his country could not stay indifferent to the Lebanese developments.

Earlier, the British government had banned the Lebanese resistant movement’s military wing as a terrorist faction. Now comes the blacklisting of the political branch without any reason or even excuse. The move was received as a surprise by many because on the one hand Lebanon has just formed its government after a limbo lasted for years and the Arab country is moving towards calm and stability. On the other hand, the new government, led by PM Saad Hariri, has formed with the participation of ministers from Hezbollah which in May parliamentary election vehemently won along with its allies to prove its power as a strong player in the Lebanese politics.

Naming Hezbollah a terrorist organization will practically mean that the British government does not recognize part of the government in Lebanon. The measure has raised a question: Is London unhappy with the peace coming back to Lebanon after government formation? The answer is yes and May’s cabinet looks dissatisfied by the makeup of Lebanon’s government. But why has London abruptly claimed to be worried about Lebanon’s developments and then banned the politically powerful player Hezbollah?

The London’s anti-Hezbollah decision in the middle of heated Brexit debate has shifted the looks to Jeremy Corbyn, one of the key British supporters of the Lebanese and Palestinian resistant groups.

Corbyn, currently the leader of the Labor Party, is a key opponent of the under-negotiation Brexit deal and has several times attacked the PM agreement with the EU and called for a new referendum. In fact, Corbyn is one of the key barriers blocking an approval in the parliament to May’s agreement with EU.

But the fact is that the Labor is far from united in positions about the exit from the European bloc, which means Corbyn’s opposition to the Brexit and his advocacy for the resistant groups in Palestine and Lebanon does not represent the whole of this party. So, perhaps May and her allies have decided that the best way to get the deal’s approval from the parliament is to force Corbyn out of the leadership of the Tory party. So, the first step could be forging challenges for the leader.

This troublemaking for Corbyn is an easy job by blacklisting Hezbollah. After all, Corbyn in the past joined meetings, speeches, and rallies associated with the Lebanese and Palestinian groups held to support them and this in practice destroys the chance for his continued leadership due to some legal obstacles. According to the ban, anyone who in Britain joins Hezbollah or supports the movement will get 10 years or more in prison.

Last week Theresa May lashed out at Corbyn as a friend of Hamas and Hezbollah.

“What do we see from his Labour Party? Hamas and Hezbollah friends, Israel and the United States enemies,” said May in the parliament.

It seems that while Corbyn is the main hurdle ahead of the Brexit passing, naming Hezbollah as a terrorist movement and criminalizing the support for it will work suitably for the May government to put strains on this pro-resistance, anti-Israeli politician.

London looks at the post-Brexit time

From another perspective, the role of the Israeli and Saudi lobbies should not be disregarded in the move against Hezbollah which is a bone in the throat of Tel Aviv while the latter continues its aggressive policies in the region. Lobbies associated with the Israeli and Saudi regimes over the past years have done much to curb the increasing tendency and support for Hezbollah in the European countries. But that how these efforts have come to fruition in the middle of the Brexit impasse should be linked to the plans of the British government for the post-Brexit age.

In fact, along with pushing ahead the Brexit, London leaders are busy with attempts to expand their relations with other parts of the world including the important and resource-rich West Asia. Many pro-Brexit politicians justify their campaign by arguing that they want their country to act independent of the EU and broaden ties with non-European regions including West Asia and Africa. For the anti-Hezbollah lobbyists, the opportunity has recently been ripe to demand the British politicians to act against Hezbollah in exchange for a future red carpet for London leaders.

Having in mind that Hezbollah’s political branch is active in the European countries as a legal entity, London’s move against the influential movement indicates Britain’s will to separate ways from the EU in policy in post-Brexit time. But how much the Downing Street’s measure is implementable on the ground is a matter of some doubt.

With putting Hezbollah on the British terror list, some of the European citizens’ travel to the UK will face some restriction and hardships. Some of the European countries, including France, have openly opposed the British ban. If the British government arrests or prosecutes the European members of Hezbollah, new Britain-EU encounter is unavoidable. After all, Britain has criminalized what many EU member states find legitimate and within the legal political freedoms.

Who Is the Biggest Threat to the Middle East?

What Saudi Arabia wants in Yemen 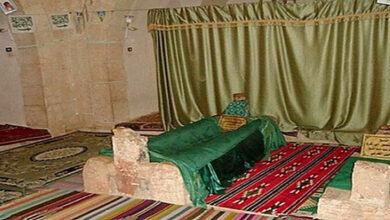