Israel’s transportation and intelligence minister Yisrael Katz will visit Oman next week, his office said, days after a secret trip by the regime’s prime minister Benjamin Netanyahu to the Arab sultanate.

Arye Shalicar, an adviser to Katz, said on Sunday that the minister will travel to Oman to take part in an international transportation conference and present his plan for building a rail line between Israel and Persian Gulf Arab countries.
Katz’s visit comes after the two sides confirmed Netanyahu’s secret trip to Oman on Friday with senior officials, including the head of the Mossad spy agency and his national security adviser.
It’s the first meeting of this kind since 1996. Oman and Israel reportedly had economic ties, but no diplomatic relations, in the aftermath of the 1993 Oslo Accord.
Among Arab countries, Israel has diplomatic relations only with Egypt and Jordan, but there have been numerous reports of growing contacts between Saudi and Israeli officials.
Netanyahu’s rare visit came days after Palestinian President Mahmoud Abbas made a three-day visit to Oman and met with Sultan Qaboos.
Yousuf bin Alawi bin Abdullah, the sultanate’s minister responsible for foreign affairs, however, stressed that Oman was not mediating and just offering ideas to help Israel and the Palestinians to come together.
In receiving Israeli leaders, Muscat was relying on the US and efforts by President Donald Trump in working toward the “deal of the century,” bin Alawi said.
Abbas has already renounced the plan, saying it has been devised without consulting the Palestinians. He has also spurned any intermediary role by the US after Washington recognized Jerusalem al-Quds as Israel’s “capital.”
Several Palestinian officials on Sunday denounced attempts to normalize relations between Tel Aviv and Arab countries, with Hamas denouncing Oman’s hosting of “the head of Zionist crime” a “stab in the back.”
Tel Aviv has full diplomatic relations with only two Arab states, Egypt and Jordan, but reports suggest the regime is working behind the scenes to establish formal contact with Saudi Arabia and its allies.
Israeli anthem played in UAE for first time
Netanyahu frequently boasts of warming behind-the-scenes ties with Arab countries. On Sunday, Israel’s “national” anthem was played for the first time at a judo tournament in Abu Dhabi, the capital of the United Arab Emirates.
Israeli sports minister Miri Regev attended the tournament, marking the first time a minister from Israel attends a sports event in the Persian Gulf, according to Israeli officials.
A footage broadcast on Israeli television reportedly showed Regev crying and singing along as the anthem played.
Meanwhile, an Israeli gymnastics delegation was in Qatar for the beginning of the world championships being held in Doha.
On Monday, Israeli communications minister Ayoob Kara is set to travel to Dubai to represent Israel at an international internet security conference, according to his office.
Pakistan not to establish ties with Israel: Alvi
Pakistan’s President Arif Alvi, however, said his country will not establish ties with Israel and that it supports the Palestinians because the Gaza Strip has also faced “unprecedented atrocities” like Kashmir.
His remarks, made before departing to Ankara on a three-day visit Sunday, came amid speculation about the landing of an Israeli jet at an Islamabad airport, which Alvi rejected as baseless.
On Thursday, an Israeli journalist claimed in a tweet that a private Israeli business jet had flown to Islamabad from Tel Aviv and remained in the Pakistani capital for about 10 hours. Several Pakistani ministers and the Civil Aviation Authority, however, rejected the allegation.

IMAM ALI – THE CITY OF KNOWLEDGE 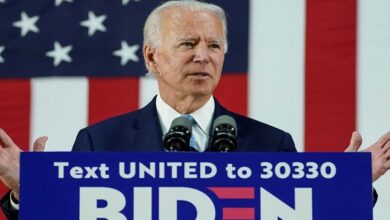 One year into Biden’s administration & its poor record 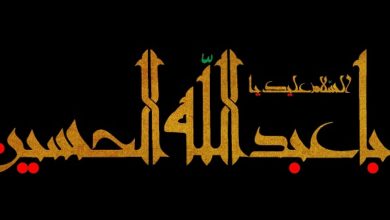