Pakistani nation has many questions for the three eminent figures who outlawed terrorist group Taliban trusted as guarantors. Can they justify the unjustifiable inhuman and unjust actions and reactions of the notorious Taliban?

First, what Ehsanullah Ehsan, spokesman for notorious takfiri nasbi terrorist group outlawed Tehrik-e-Taliban Pakistan has said in the latest video message? He said that PMLN Chief Nawaz Sharif, JUIF Chief Fazal ur Rehman and JI Chief Munawar Hassan should guarantee on behalf of Pakistan army and government would for future agreement with them.

He has demanded that five Taliban terrorists arrested and jailed in Pakistan should be freed and they would hold parleys on behalf of their notorious outfit. Among them are: Haji Muslim Khan, Molvi Umar and Maulana Mehmood.

Maulvi Umar, a TTP spokesperson and a close associate of Hakimullahâ€™s predecessor Baitullah Mehsud, was captured by security forces in August 2009. Muslim Khan, the spokesman of the infamous Mullah Fazlullah, the TTP chief in Swat, was arrested a month later following a major military operation in the region in September 2009.

These notorious Taliban had publicly called for massacre of families of Pakistan army personnel and they also claimed responsibility for the massacre of people in Talibanâ€™s suicidal attacks.

Taliban are responsible for genocide of Shia Muslims across Pakistan and Afghanistan. Suicidal attacks on Shia pilgrims and beheading of Shiites and armed forces personnel are also among the heinous crimes of Taliban and their offshoots. Pakistan army, air force and naval forces have also been attacked by these terrorists.

Ehsanullah Ehsan admitted that Pakistan armed forces are the biggest force in Pakistan but General Headquarters, the most power institution of Pakistani armed forces was also attacked by Taliban.

Nawaz Sharif, Fazal ur Rehman and Munawar Hassan have to clarify their positions on these terrorist attacks of Taliban. When Nawaz Sharif was Prime Minister, Afghan Taliban-trained notorious terrorist Riaz Basra attacked Nawaz Sharif in which a bridge on Raiwind road was damaged. Shahbaz Sharif, then chief minister had on record said that Taliban-trained terrorists were involved in target killings of people in Punjab. He had launched operation against them and police killed them.

Munawar Hassan should not forget what Qazi Hussain Ahmed, his predecessor said about Taliban. They were so rigid that they hit TV sets with tanks to destroy the TV sets.

These are a few examples of the terrorist acts of notorious Taliban. These three Pakistani leaders have also to clarify their position on Abdullah Mehsud and his successors up to Hakeemullah Mehsud who attacked Pakistani interests and worked as proxy for United States in Pakistan. They murdered Chinese Engineers. Abdullah Mehsud was an Afghan national and he committed suicide fearing arrest in Balochistan. He was released from Guantanamo Bay in 2004 and we witnessed why he was released and sent to Pakistan. Haji Muslim Khan lived in Boston, United States.

These merciless terrorists involved in genocide of Pakistani Muslims and attacks on interests of Pakistan and Pakistanâ€™s friendly countries should not be allowed amnesty. They are terrorists and insurgents and they deserve capital and exemplary punishment. Pakistani nation wants guarantee from Nawaz Sharif, Munawar Hassan and Fazal ur Rehman if they would stand shoulder to shoulder to Pakistani nation and back this legitimate demand. 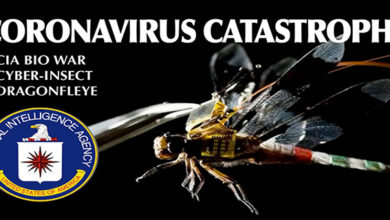