While Saudi Arabia’s Ambassador to the United States, Adel Al Jubeir might have, back in March 2015, argued that Riyadh’s war in Yemen was ” a war of necessity”, a just cause to be fought in the name of the greater good, the ravages caused are speaking a different truth.

Despite Riyadh’s best efforts, and in view of Saudi officials’ campaign to buy news outlets’ silence over Yemen, world media  have been unable to keep the lid on the ever-increasing and ever-sickening war crimes the kingdom has committed in the name of freedom and so-called democracy,

In truth, the narrative of this war in Yemen was flawed from its inception. To even fathom that Saudi Arabia, the world’s most violent and repressive theocracy, the most absolutist of all absolute monarchies, could ever ambition to promote democracy is ludicrous.

Saudi Arabia is most certainly not qualified to sponsor democracy building – not in Yemen, not anywhere, not ever – at least not as a long as its own people are made to suffer for demanding that their own civil rights be respected. How could a country which actively practices lashing as a legal form of punishment ever claim to fight oppression?

How could a country which preaches sectarianism as a form of nationalism, while relying on nepotism to run state affairs ever volunteer itself democracy’s champion abroad?

And yet, world nations have stood silent while lead and fire have rained on Yemen; oblivious to the cries and the blood spilled, blind to the odious agony of an entire people under foreign military occupation, for that power has held western capitals under the spell of its cheque book.

This August several international rights groups broke the general code of silence, ringing the alarm on what several experts have already called a genocide. Lebanese TV personality and analyst Marwa Osman labeled the kingdom’s war on Yemen “a genocide against Yemen’ Zaidi population and heritage”.

And though rights groups have limited their criticism against Saudi Arabia to war crimes and aggravated human rights violations, the extent of Riyadh’s ire against its neighbor is beginning to make US officials uncomfortable  – especially when Riyadh has been keenly professing its desire to “hunt down all Houthi militants” until they are all buried and destroyed.

According to official UNICEF tallies, there have been more than a thousand child casualties as a result of the unrelenting aerial assault by coalition jets and fierce fighting between pro-Houthi and anti-Houthi forces on the ground. Since March 26, at least 398 children have been killed by bombs and bullets, with a further 605 wounded. Children account for one quarter of the officially counted casualties so far.

Months of air strikes and fierce fighting on the ground between pro-Houthi and anti-Houthi forces have devastated much of the country’s infrastructure, killed more than 4,000, and plunged tens of millions into a dire humanitarian crisis.

Ten million children, approximately 80 percent of the country’s population under 18 years old, are in urgent need of some form of humanitarian aid. With at least one quarter of health facilities no longer providing vaccinations, at least 2.5 million children are at risk of contracting measles, a highly contagious and often deadly disease.

Without a safe source of water, 2.5 million children are at risk of diarrheal diseases and another 1.5 million could fall victim to acute respiratory tract infections.

UNICEF also reported that at least 1.8 million children are falling behind in their education, as nearly 400 school buildings have been damaged or destroyed by air strikes and artillery shelling. Another 346 school facilities are being used as shelters for displaced families or have been requisitioned by armed militias.

To put it in simple terms – under Saudi Arabia suffocating grip, Yemen is dying a slow and painful death.

Condemn to suffer Riyadh’s wrath for they dared dream democracy was within their reach, Yemenis have been unable to escape the kingdom’s vengeful war; not even in death will Saudi officials show mercy.

In the name of control Riyadh has spared Yemen no humiliations and no atrocities.

The International Committee of the Red Cross said this August it was “extremely concerned” by a growing number of corpses being abandoned in the war zones of Yemen.

“With the escalation of the fighting, more casualties are being left behind owing to the increased danger associated with retrieving the wounded and the dead,” said Nourane Houas, head of the ICRC’s Protection Department in war-ravaged Yemen.

“International humanitarian law requires that dead bodies be treated properly and with respect,” the ICRC said in a statement.

Houas urged all sides in the conflict “to respect the dignity of the dead and to allow their swift recovery, while taking all feasible measures to ensure their proper identification and their handover to the families”.

Five months into this unlawful and illegitimate war Yemen’s state institutions have been systematically laid to waste, eroded and sabotaged to ensure that only Al Saud’s will rise over the rubbles.

Intent on imposing itself the master of Yemen, Riyadh has leaned on politicians’ blind ambitions, exploiting their greed to argue legitimacy. In this plot to enslave Yemen, twice-runaway-once-resigned former President Abdo Rabbo Mansour Hadi has acted a diligent accomplice.

A President without a presidency and without a political party, Hadi has nevertheless kept up all presidential appearances, gleefully calling for war on his people while he sits in one of Riyadh palaces.

But if Saudi Arabia is nominally headed by Saudi Arabia, America has played a decisive role in providing the kingdom’s tactical support – the Obama administration has made it possible by providing coalition jets with midair refueling and both intelligence for targeting strikes and the bombs necessary to carry them out. The coalition has deployed American-made laser-guided bombs as well as internationally outlawed cluster munitions.

Within this context it has become painfully evident that Yemen’s war is in fact a colonization war, run and engineered by imperial powers, to force southern Arabia to kneel to its new masters. 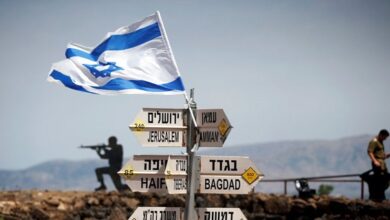 Why Are Israeli Leaders Scared About Golan Heights?

Call them ‘Dictators’, not ‘Kings’ 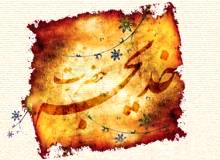