Shiite News: The head of Shia Ulema Council (SUC) of Pakistan Allama Sajid Ali Naqvi says that Pakistan welcomes the postings in the army positions, the country is facing serious problems in terms of economic, social and human rights.

To overcome all the problems, political and democratic stability is need of the hour, learning from the mistakes of the past and moving forward is a solution.

Allama Syed Sajid Ali Naqvi expressed these views in his congratulatory message on the appointment of the Chairman Joint Chiefs of Staff Committee (CJCSC) and Chief of the Army Staff (COAS).

He said that Pakistan Army is among the best forces in the world. While congratulating the new military leadership (Chairman Joint Chiefs of Staff Committee, Army Chief), he said that the discussion on these appointments has ended.

He hoped that the problems faced by Pakistan will be solved in the light of the constitution and law. Quaid Millat Jafaria Pakistan Allama Syed Sajid Ali Naqvi said that Pakistan is facing serious problems in terms of economic, social and human rights for seven decades, especially in the last fifty years, the main reason of which is political instability in Pakistan.

Allama Syed Sajid Ali Naqvi said that peace and stability are necessary for Pakistan to overcome all these problems and democratic stability will come only when instead of repeating the mistakes of the past, it moves forward while learning from them.

But the attitude of turning intolerance and political differences into enmity should be changed.

Allama Syed Sajid Ali Naqvi said that we have been saying for a long time that the solution to all the problems of the country lies in mutual consultation and supremacy of the constitution and the rule of law because with this the country and the society will develop.

Widespread destruction caused by flash floods in the country has proved that there’s no such thing as a government in the country. Syed Raza Naqvi 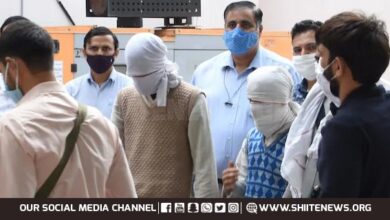 Two terrorists arrested for terror attacks in Karachi and other areas 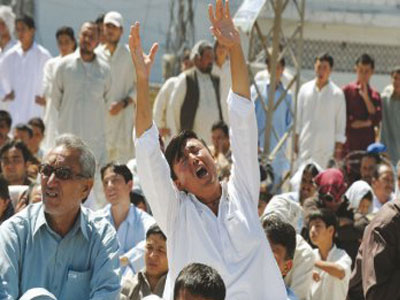 Sit-in and rally in Quetta against genocide of Shia Muslims